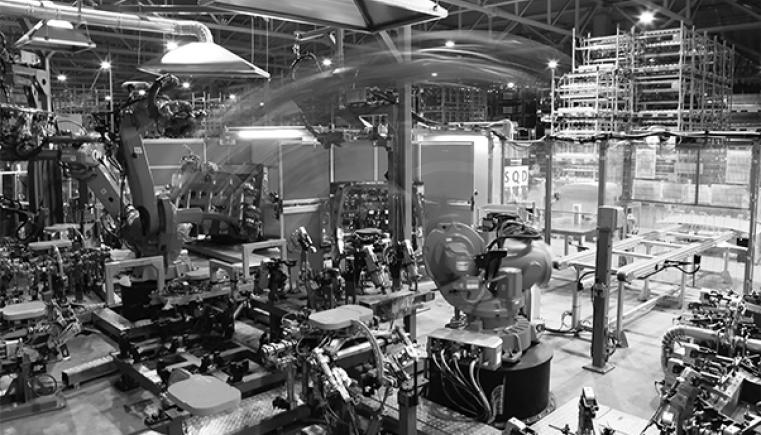 Investment in R&D&I, key to the internationalisation of the Spanish components sector

Spanish suppliers have bet with energy for research, development and innovation, aware of the sector’s dynamism and the need of creating new products able to be adapted to the increasingly demanding needs of their clients.

In fact, with an investment of more than 1,500 million euros, the Spanish Automotive Equipment and Components industry is one of the top sectors at  R&D&I, both at a national level as at international level. Investment figures that triplicate the average amount of the Spanish industrial sector’s investment.

Thanks to this boosting, along with factors as high levels of productivity and efficiency or tha high qualification of its human resources, The Spanish automotive industry has presence in more than 170 countries in every continent, and exports more than a 55% of its invoicing. At this staging, the Spanish equipment and components sector has a fundamental weight in the vehicle's value chain. The sector contributes to around of the 75% of the entire sector. This sector is one with the highest levels of exportation, up to the 82% of the production, if the components included in the exported cars are taken into account.

For years ago, the exports evolution of equipment and components has been characterized by an upward trajectory, being the European Union the main destination.

In 2018 the equipment and components exports reached a value of 21.415 million euros, figure than means a growth rate of almost 7% compared to 2017. This figure means a new record for the sector, symbol of its strength and global recognition.

With a sales of 15.257 million euros at European Union, 5,1% more compared to 2017, the market share is 71.3% of the global figure. The main european destinations in 2018 were Germany, France, Portugal, United Kingdom, Italy, Poland, Czech Republic, Belgium, Holland and Sweden.

Quality is one of the main distinguishing marks for the Spanish components industry. High quality standards are implemented at every phase, from designing to manufacturing an distribution of autoparts.

In this sense, an important percentege of this R&D&I investment is focused on ensuring tha maximum quality in every, increasingly efficient and optimized, products and processes.

According to this, Spanish automotive equipment and components industry offers a high added value thanks to de continuous improvement on product, process and service.

Autoparts from Spain is a platform where several Spanish suppliers are met. The objectives are to boost the visibility of the efforts made by them at R&D&I and to boost their export potential. ¿Do you want to know them? Have a look to the directory.