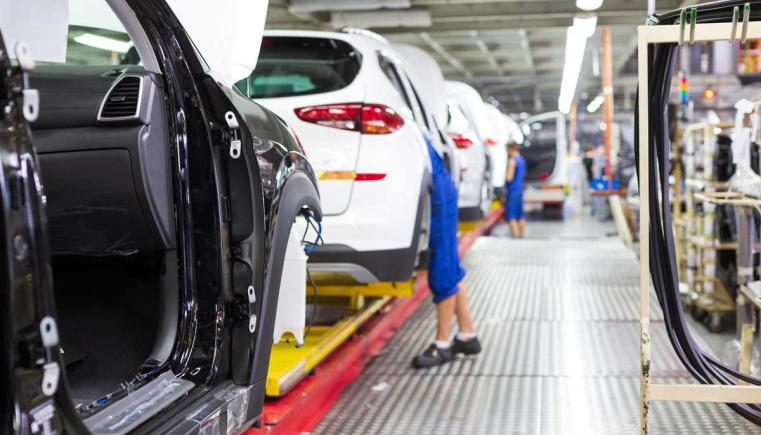 The sector of Spanish automotive suppliers along with vehicle manufacturers, distributors and dealerships located in Spain consider positively the support plan for the automotive industry’s value chain presented this week by Spanish Prime Minister Pedro Sanchez.

The automotive sector in Spain stands out as a strategic sector for the country’s economy providing 10% of GDP, contribution that has been considered by the government to release this plan.
Spain houses a very competitive and innovative automotive environment formed by suppliers, vehicle manufacturers, technological centers, engineering and first-level colleges. Automotive suppliers alone invest every year more than 4% of the billing (€1,458 million in 2019). It places us as a country of reference worldwide.

According to data Spanish Association of Automotive (SERNAUTO), to which Autoparts from Spain belongs, in 2019 the Spanish automotive suppliers produced a €35,822 million billing to which 60% corresponds to exports both inside and outside the EU. Germany and France are the main destinations inside EU.

SERNAUTO considers that plan to support the automotive industry’s value chain released by the Spanish government will allow a faster reactivation of production and the market “it is a determinant and necessary issue regarding the strategic role of our sector in the economy and employment in our country” states María Helena Antolin, president of SERNAUTO. The plan shows the compromise of the Spanish government to support the industry and sector competitiveness. It sends a positive message to international investors so they keep bringing investment projects and contracts so, the advance in our commitments for de-carbonization and digitalization keep on. The plan is set and acts all through the value chain to support the transition to a sustainable mobility and make a stronger and more competitive sector in Spain.

Towards a sustainable and connected mobility

This support plan offers €3,750 million budget which will not be only used for supporting executive and industrial activity in the sector but also to promote car demand, slowed down during the health crisis, and also make the automotive sector more sustainable and competitive. To do so, the plan will be centered in measures to promote the vehicle fleet renewal, competitiveness, R&D tasks, the digitization of mobility, and also to set a new fiscal system and promote stable jobs and training for the employees in the sector

The plan considers the set up of subsidies for electric and hybrid car purchases and also for diesel and fuel, which will force to scrape 10-year-old cars out.

Thus, €1,050 million will be used to promote the purchase of new vehicles of any technology. 550 correspond to subsidies to individuals and public organizations and also an ICO credit line to acquire industrial and commercial vehicles

X-ray into the Spanish sector of suppliers: 2019 balance

Importance of the Spanish automotive suppliers sector is simply understood by reviewing the last financial year figures. Regardless the vehicle production slowdown around the world in 2019 (around 5,2%) -because of the uncertainty, commercial tensions and the sector’s transformation process towards new ways of mobility (autonomous, digital and electric driving) the sector closed the year with a billing of €35,822 million.

The sector’s exports represent about 60% of total billing (€20,754 million). EU is still the main destination for those exports with Germany and France being the main markets. Exports to Germany show billings for €3,592 million, 10.1% less than 2018. In France, billing reached which €3,413 million, 4% less than the previous year, ending a positive trend in previous years.

At a lower extent, exports to UK and Italy also decreased in relation to the previous period,  1,5% and 1% respectively, with sales of €1,494 and €982 million. Conversely, Portugal is still growing (+9,4%) as a destination for Spanish exports with sales of €1,836 million, consolidating the growth during last years to become the third destination for Spanish exports. Other European markets show growth as well: Poland (+5,9%), Czech Republic (+7,7%), Belgium (+1%), and Sweden (+13,1%).

Besides, with the aim of keeping up with technologic vanguard, the automotive suppliers continued to strongly support R&D in 2019 with an investment of 4,1% from their billing (about €1,460 million) which trebles the whole industry’s average

In this way, thanks to the diversity in markets and clients, the increase of competitiveness and the decisiveness to take up technological leadership, the Spanish automotive suppliers sector held on its leading position.

Also, investment in productive capacities was once again around €1,900 million, an effort kept year after year in order to stay competitive and adapt to client demands. At the same time, this sector is among the sectors with more job creation, reaching more than 365,000 direct and indirect jobs.