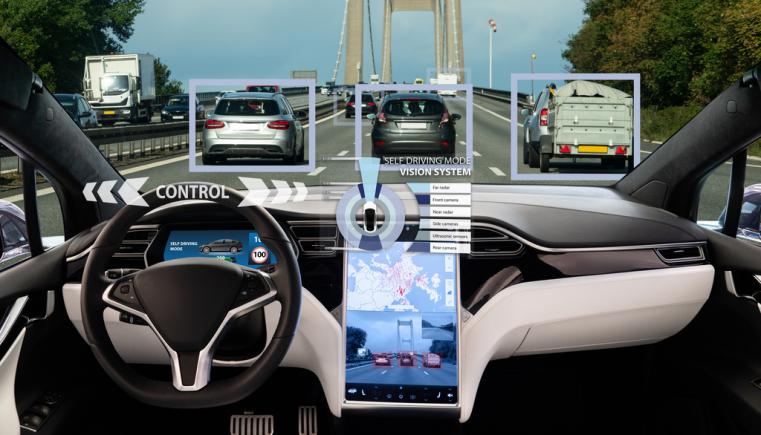 Vehicles move forward into driving autonomy. It clearly seems that in the forthcoming future autonomous vehicles will emulate the human driving ability. This is why such vehicles build in components and IT systems (sensors, processors, software and actuators) for driving and controlling the vehicle in a safe and driverless fashion.

However, roads are not still fully driven by autonomous cars, although self-parking cars are already out there. The car and component industry is working on meeting with current autonomous driving standards.

Diverse organisms have carried out several classifications to define the autonomous driving levels of autonomous vehicles.

The first one was NHTSA, the United States federal agency with watches road safety. Short after, in Germany, BASt, the federal Institute of road investigation, made up another classification which, as the American one, defined 5 autonomous vehicle’s autonomy levels

A year later in 2014, SAE, international Society of Automotive engineers, made up another classification with six automation levels.

Regarding, OICA, international organization of car manufacturers, created a new document which mixes both BASt and SAE with emphasis in the second.

In this sense, it is SAE standard the more accepted and general from all of them. In fact, in 2016 NHTSA shelved their own standard to use SAE’s instead.

According to it, each autonomous vehicle autonomy level is defined by four aspects:

In this way, considering those aspects, together with the assessment on how much human presence is required in autonomous driving, SAE’s standard defines six levels of autonomy in driving: from 0 to 5.

Autonomous cars: what level of autonomy are we in?

According to SAE standard, currently, the majority of cars reach somehow to autonomous driving standard level 2. However, we are moving on to level 3 of conditional automation which can be observed in the market’s forthcoming models.

In the sense, by the end of the year, in Europe, Mercedes obtained the EU’s level 3 certification for autonomous driving to be premiered by the Mercedes Class S and its electric version: Mercedes EQS. Although, they will only be allowed on German roads -the only ones in Europe having an acting legislation on the matter-.